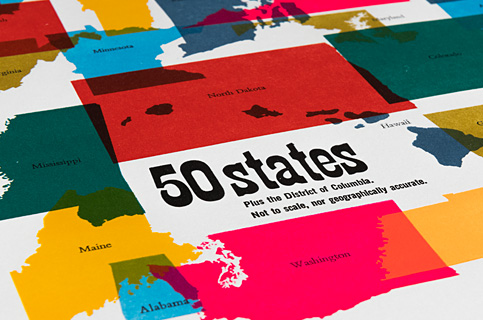 To commemorate the fiftieth anniversary of the University & College Designers Association (UCDA), Frank Baseman was one of (only) fifty designers nationwide invited to interpret “fifty” in any way that they wanted. Naturally, Baseman chose to make a letterpress print, and inspired by the “Little Book of State Jokes” project—decided to make a print with all fifty states (plus the District of Columbia). 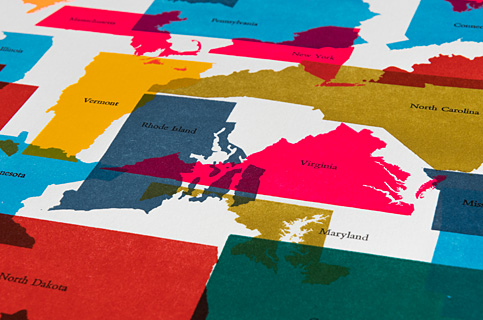 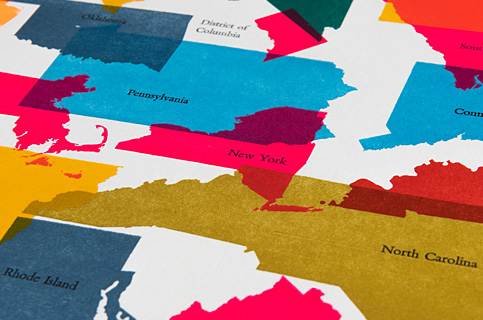 Not to scale, nor geographically accurate. Scott Moore of Moore Wood Type lasercut wood cuts out of end-grain maple of all of the states, in four different sizes. Baseman then printed an edition (of fifty prints, naturally) at Base Press for the UCDA Foundation, each state seemingly randomly printed one of top of another as a collage of states. Ultimately this nine-color print took fifteen runs (or passes) through the press to execute. For more information, please visit UCDA. 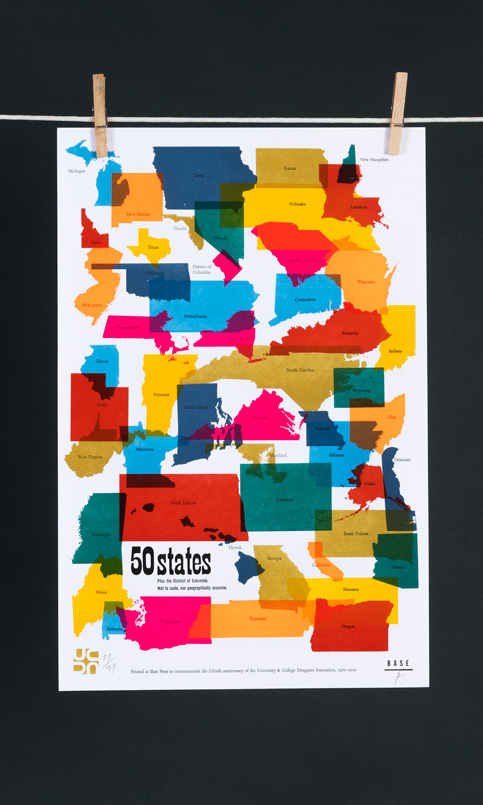